We are working in Ramechhap and Dolakha Disticts of Bagmati Province, Nepal.

FradsNepal is a rural based community Non-Governmental organization focused on developing the livelihood of the local community of remote villages in Nepal.

In 1988, a German teacher, Dr. Walter Limberg, came to Nepal with his wife, Ursala Limberg, to visit the Everest camp. On his way back from a visit to the Everest camp, he visited the school at Bamti Bhandar in Ramechhap district through a local social worker. When he heard and understood about the condition of the school, he promised to help the students there, and at the beginning, he helped about 100 financially weak students.

Gradually, the scope of the program grew. To conduct the program systematically and effectively and to make foreign assistance more transparent and dignified, in the year 2006, on the initiative of Dr. Walter Limberg, FRADS Nepal was established. A total of seven people including social workers, teachers, intellectuals, etc. had registered the organization at the District Administration Office in Kathmandu with the vision of establishing a sustainable development, educated and prosperous society. In the same year, the organization was also affiliated with the Social Welfare Council. At present, the organization has …. ordinary members out of which …… are women, ….. are Dalits and …… are tribals. The main objective of this organization is to empower the marginalized communities in society through quality education, rights and sustainable living. Its head office is at New Baneshwor, Kathmandu and its field office is at Bamti, Ramechhap. So far, FRADS Nepal has provided various services to more than 40,000 households through its various activities.


The partnership of FRADS Nepal

After retiring from his school, an organization was established in Germany by Dr. Walter Limberg under his leadership called Kinder Von Bhandar, and later from the same organization, FRADS Nepal started receiving financial support to run various community development programs. In the year 2013, Dr. Walter had left the organization due to his old age and handed over the leadership to others. Due to the inability of the organization to mobilize sufficient financial support under the leadership of others, the programs conducted by the FRADS Nepal were cut off and the teachers who had been teaching for a long time were also given farewell making a Golden handshake.

In 2015, when Kinder Von Bhandar failed to raise enough funds, it supported FRADS Nepal to coordinate and partner with the Child Aid Network Foundation (CAN), Germany (current donor organization). After the catastrophic earthquake of 2072 BS destroyed all the physical structures built in the past, 10 schools were rebuilt with the financial support of CAN. Also, a Kinder house which was assisted by Dr. Walter Limberg to establish has been established into a Community Montessori Center with the financial support of CAN since 2019, where children are studying with state-of-the-art management.

Good Governance of the Organization

=> Executive committee meeting, discussion and consensus decision-making process
=> Institutional audit and audit report is made public in the presence of stakeholders.
=> Income, expenses are made public and passed by holding a regular annual general meeting of the organization. Also selection of budget and plan and audit for the upcoming year
=> Monitoring and evaluation of programs and activities.
=> Participatory planning and coordination and accountability with stakeholders.
=> Formulation of necessary policies/regulations and passed by the general assembly.

Establishment of an educated, prosperous and equitable society

To support sustainable development through quality education, rights-oriented concept, skills and capacity development and relief programs for improving the living standards and development of marginalized communities

=> To help the marginalized communities in the working area who do not have access to economic, social, political and educational sectors, especially the children, Dalits, vulnerable, janajatis, etc. to develop their capacity and improve their sustainable living standards.
=> To co-operate for relief and social welfare work for the communities affected by various outbreaks and epidemics from time to time.
=> create an environment that can explore and solve the health, education and social security problems of Dalits, deprived, poor, women and other communities.

We have following program and achievement in the last fews years.

This organization has been conducting various activities in the field of education well before the establishment of FRADS Nepal. It has been working in various fields of education for 25 years to improve the educational condition of the poor and backward communities and help establish an educated and prosperous society. Assistance was provided in the areas of teacher grants, distribution of student exercise booklets, student dress, educational materials, and teacher training. The education program was conducted in Umakunda and Gokulganga rural municipalities of Ramechhap district, benefiting more than 30,000 households. Through this program, the poor and backward communities understand the importance of education and send all their children to regular schools. Similarly, access to education for all castes and communities has increased. With the establishment of schools, teaching materials, and appropriate communication, quality education has been established as a culture

FRADS Nepal has carried out many important activities in the field of education while carrying out various community development works. The target communities in Umakund and Gokulganga rural municipalities of Ramechhap district were assisted in the areas of health post building construction, management and recruitment of health workers, free distribution of medicines, etc. to increase their access to public health and improve their health condition. From which more than 40,000 households have benefited. Similarly, under the newborn safety program, baby set distribution and paint for health post buildings as well as tools and equipment were also provided. As a result, infant mortality and maternal mortality rates have declined in the working area. The people of the community have become conscious about health and hygiene while the buildings of the health posts look attractive and clean

FRADS Nepal conducted a variety of vocational skills training and entrepreneurship promotion programs to increase the income of the target communities. Under which 18 long-term vocational skills training were conducted. There were 181 women participants in the vocational training conducted for 346 participants from Gokulganga and Umakunda rural municipalities. For the participants, seven vocational trainings including beauty parlor, mobile repair, computer, sewing, electrical wiring, furniture making, and Dhaka (a typical cloth) weaving were conducted. Various tools related to business were also distributed to 166 participants in the training. Similarly, 25 short-term vocational trainings were conducted. For 564 participants from Gokulganga and Umakunda rural municipalities, training on kiwi farming, off-season vegetable farming, potato farming, goat farming, pig farming, poultry farming, hand tractor maintenance, etc. were conducted. FRADS Nepal has a key role to play in empowering 20 leading farmers to support income generation. In this way, more than 250 households have received assistance for agriculture and animal husbandry in the process of transferring their knowledge and skills by leading farmers to the community. 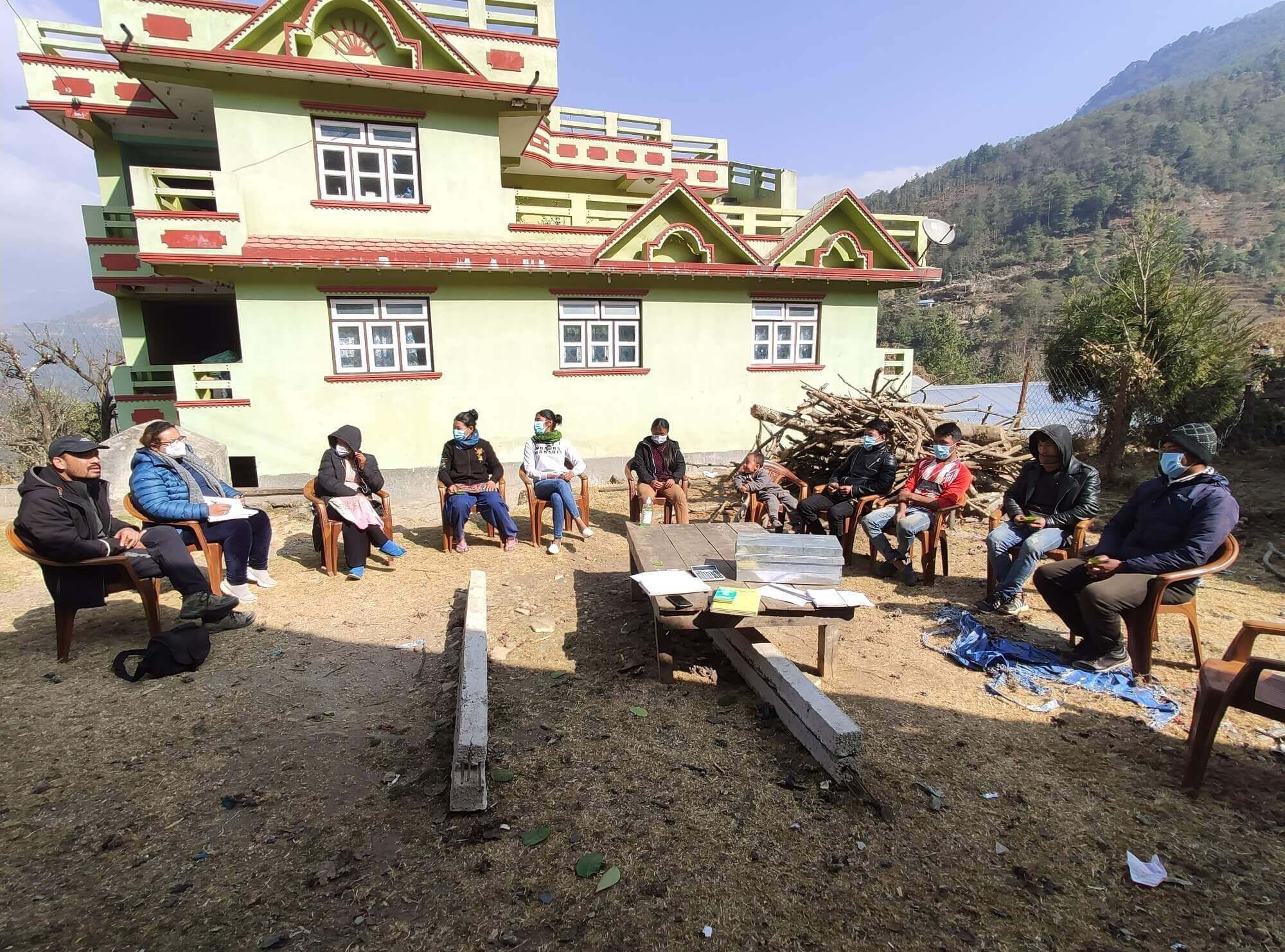 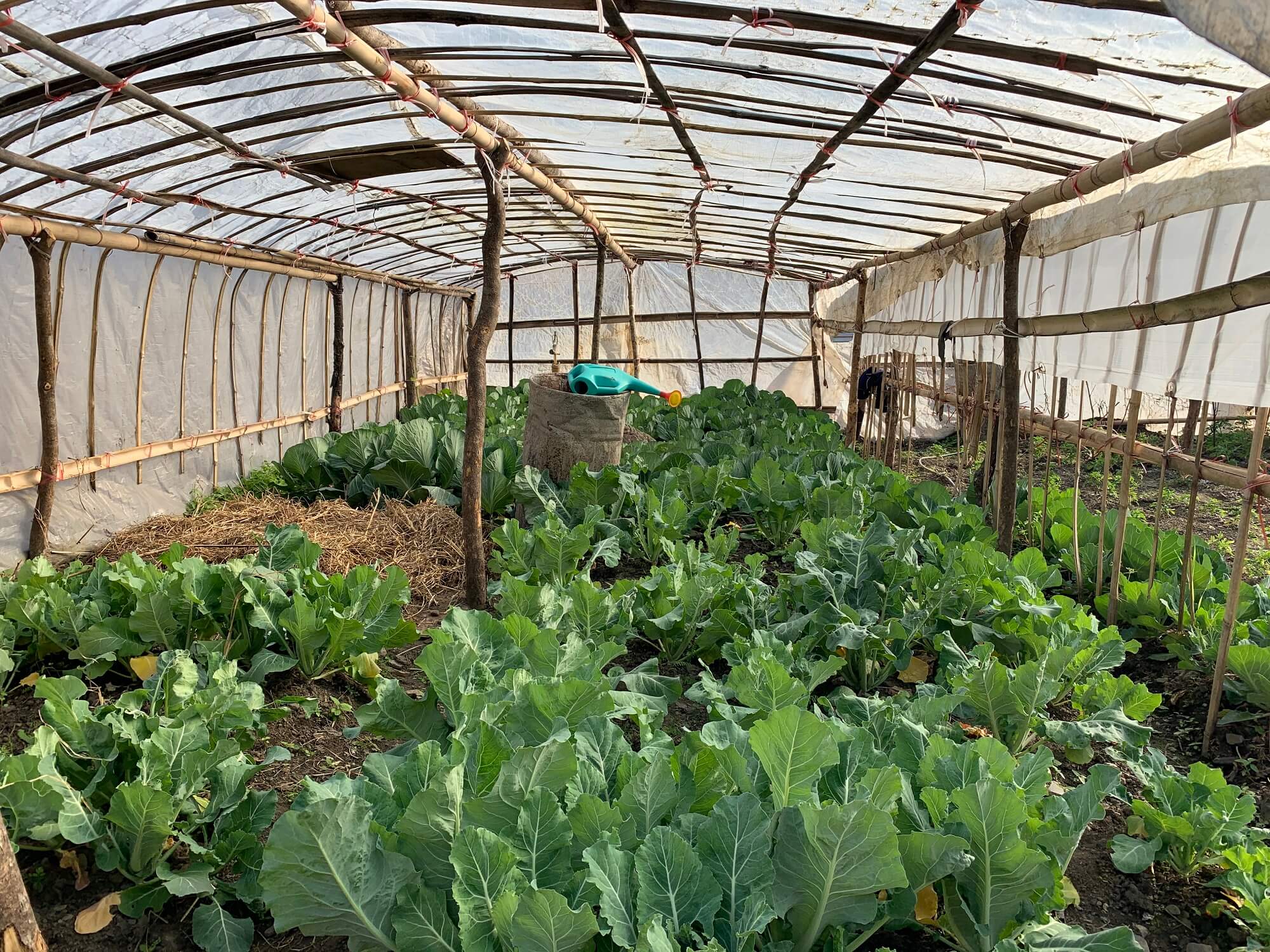 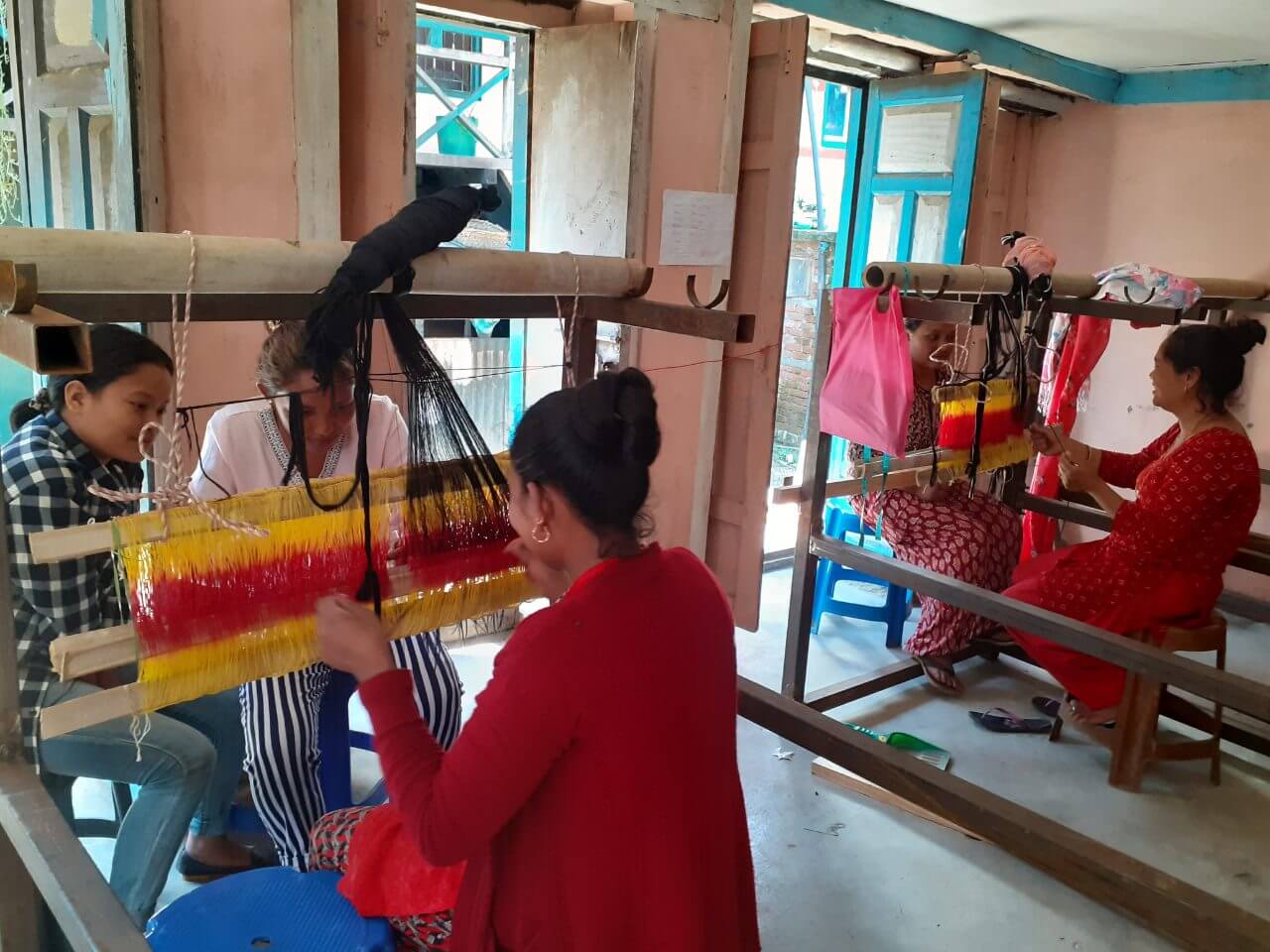 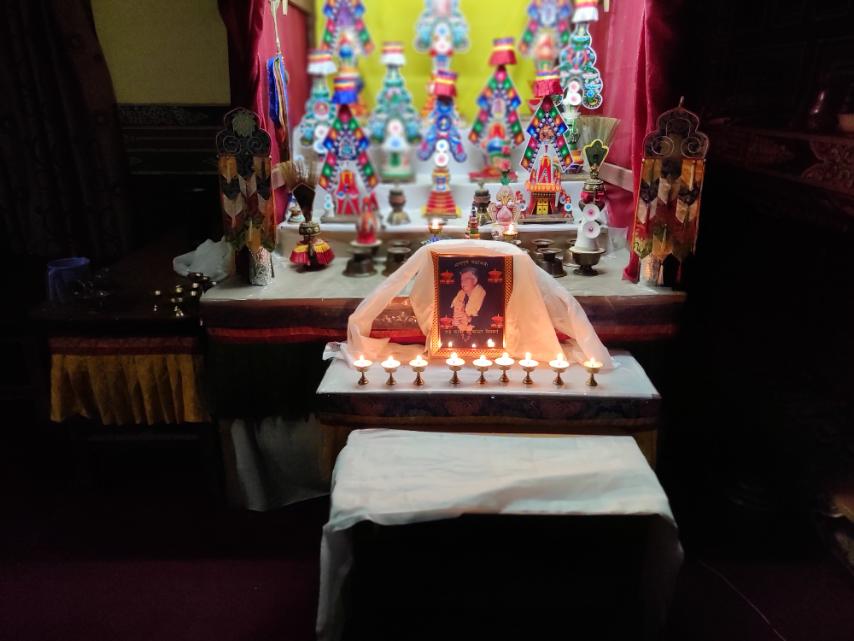 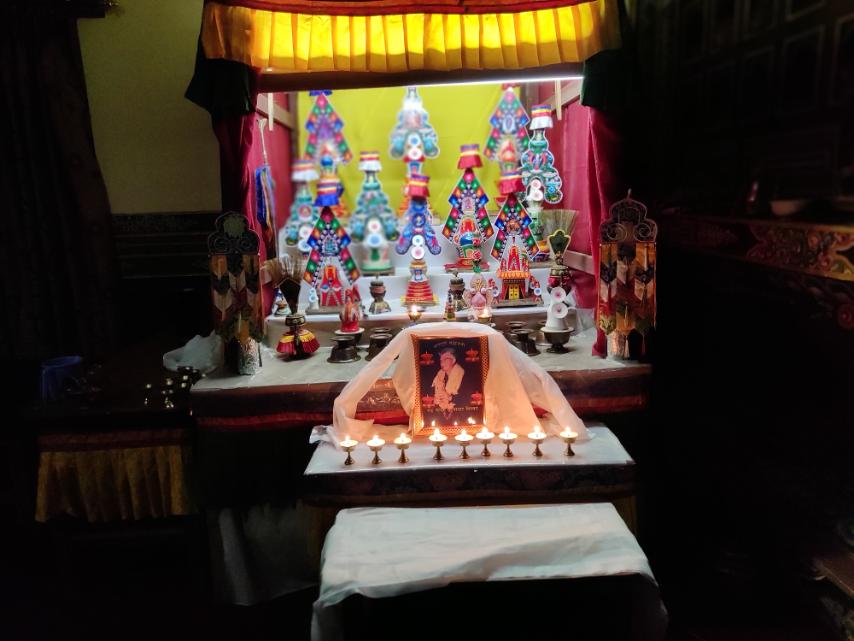 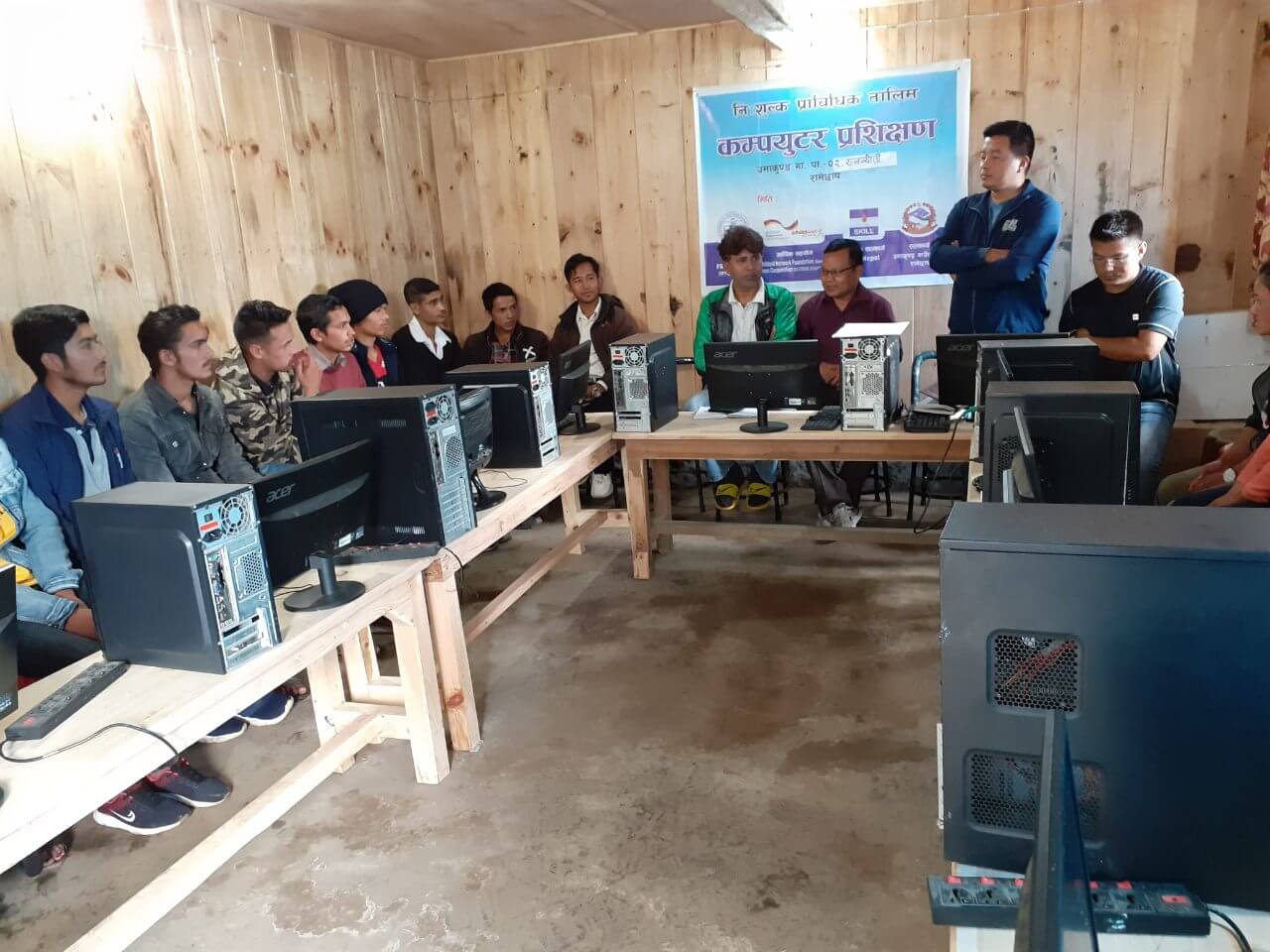 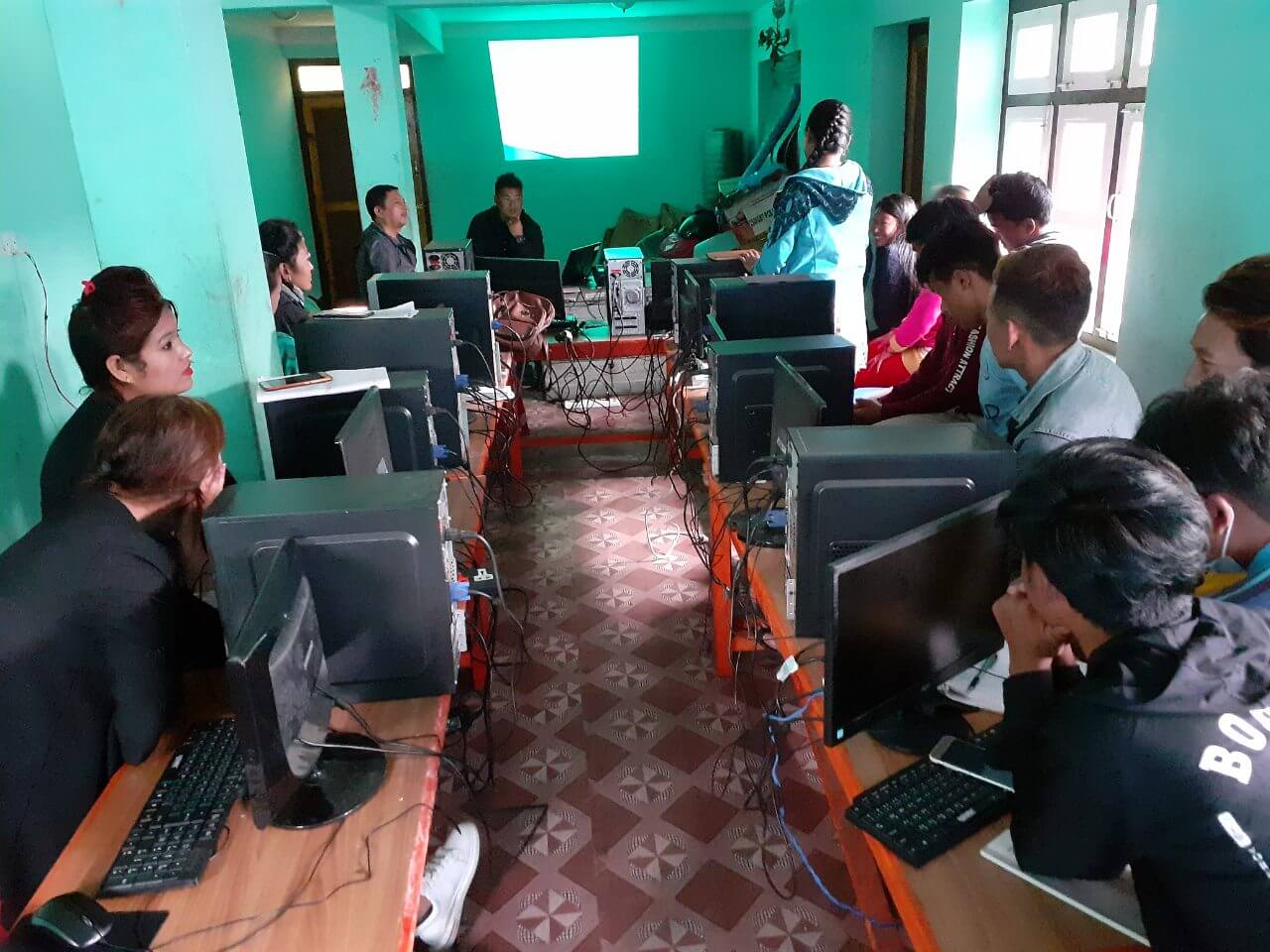 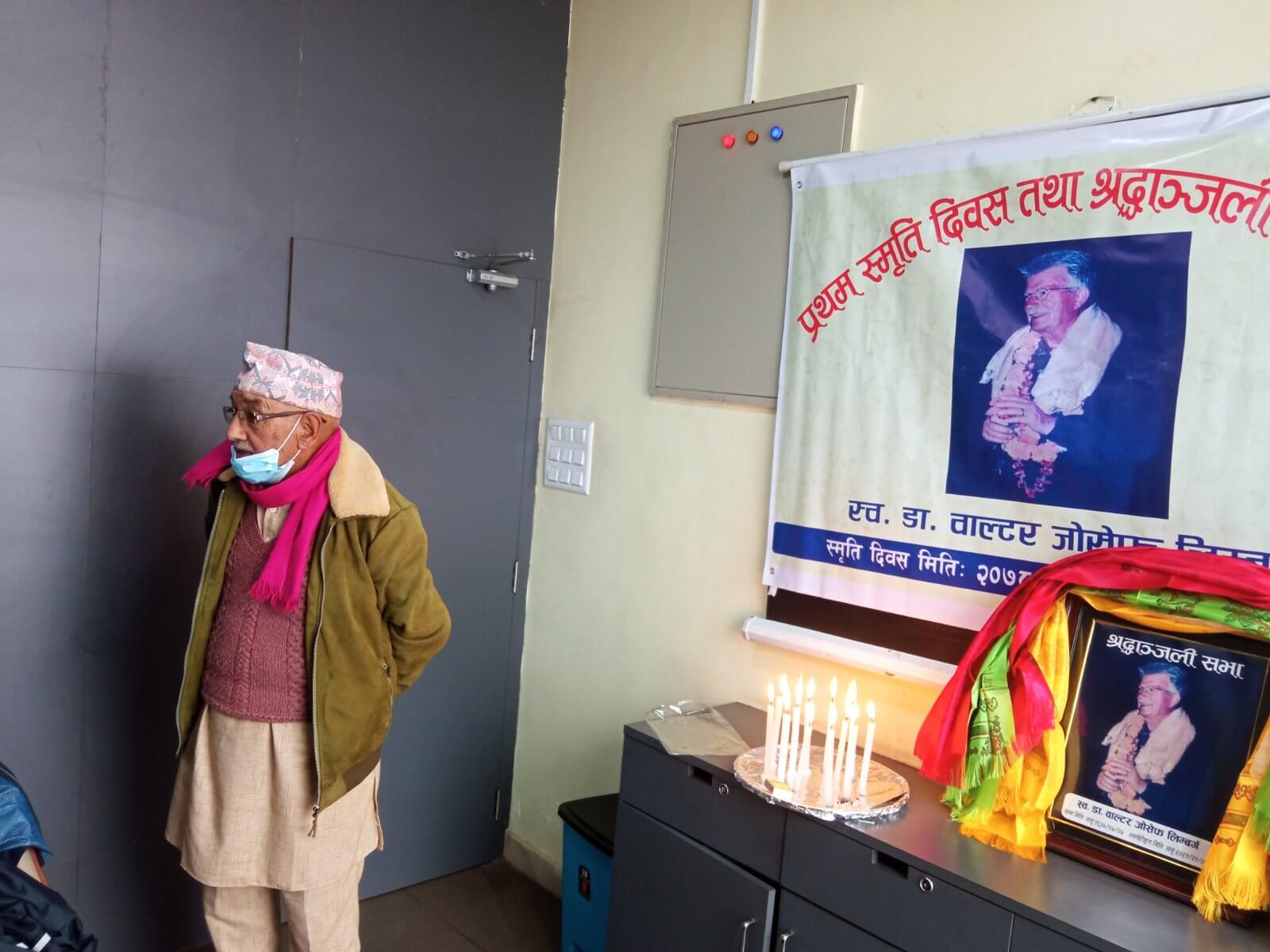 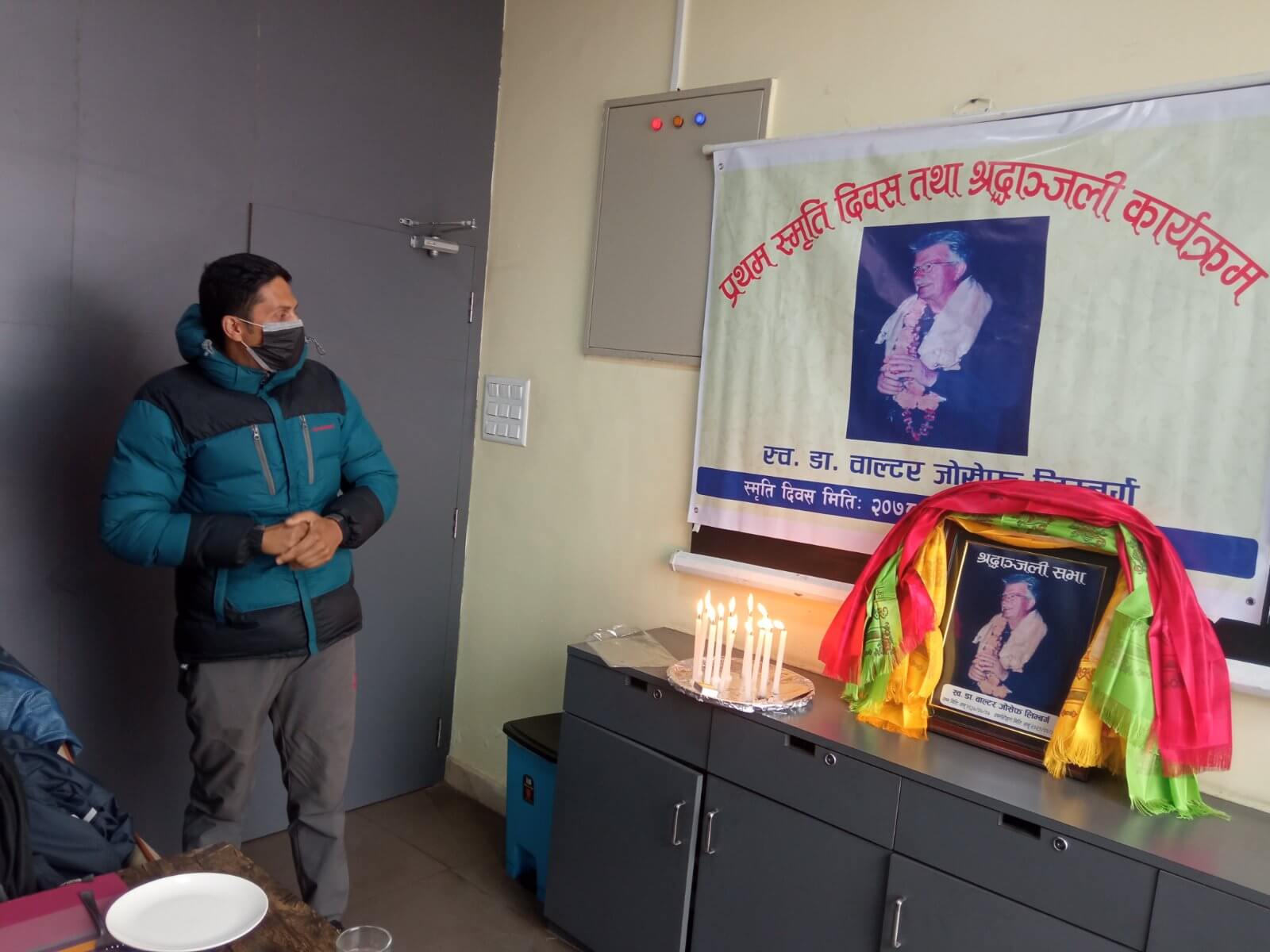 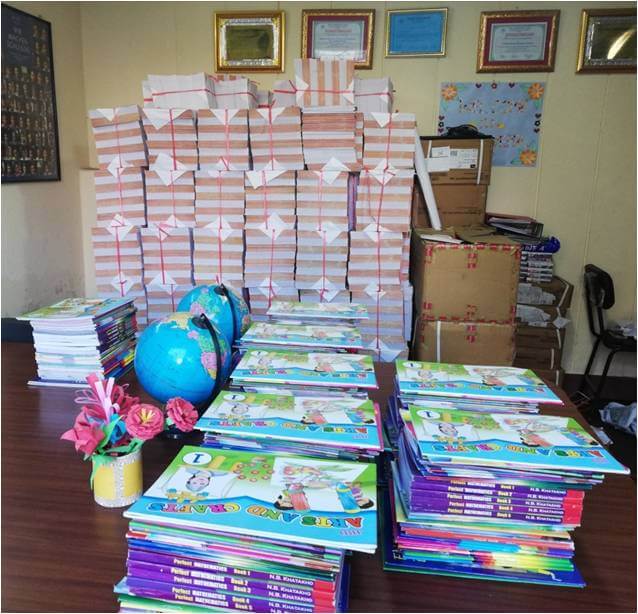 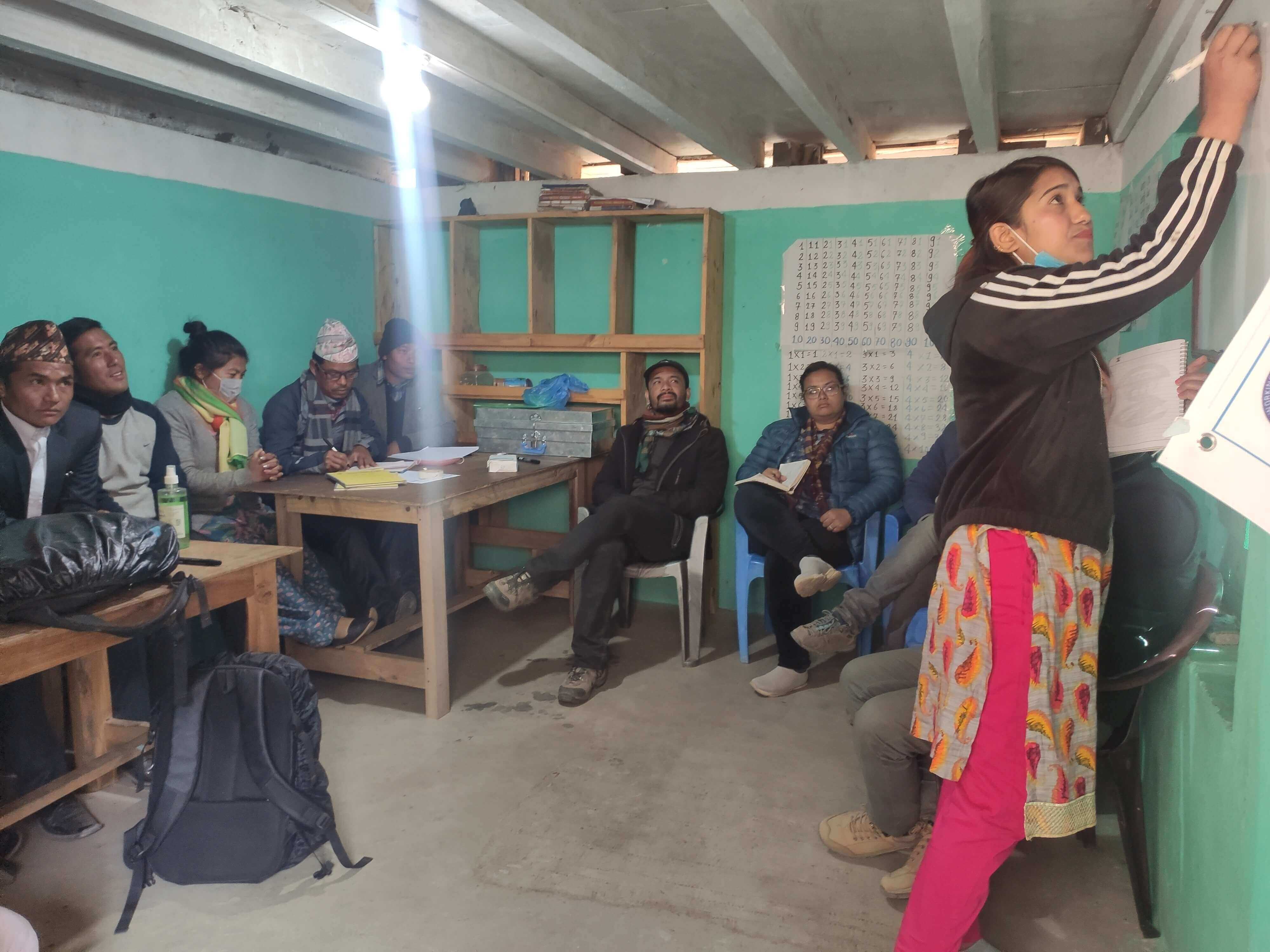 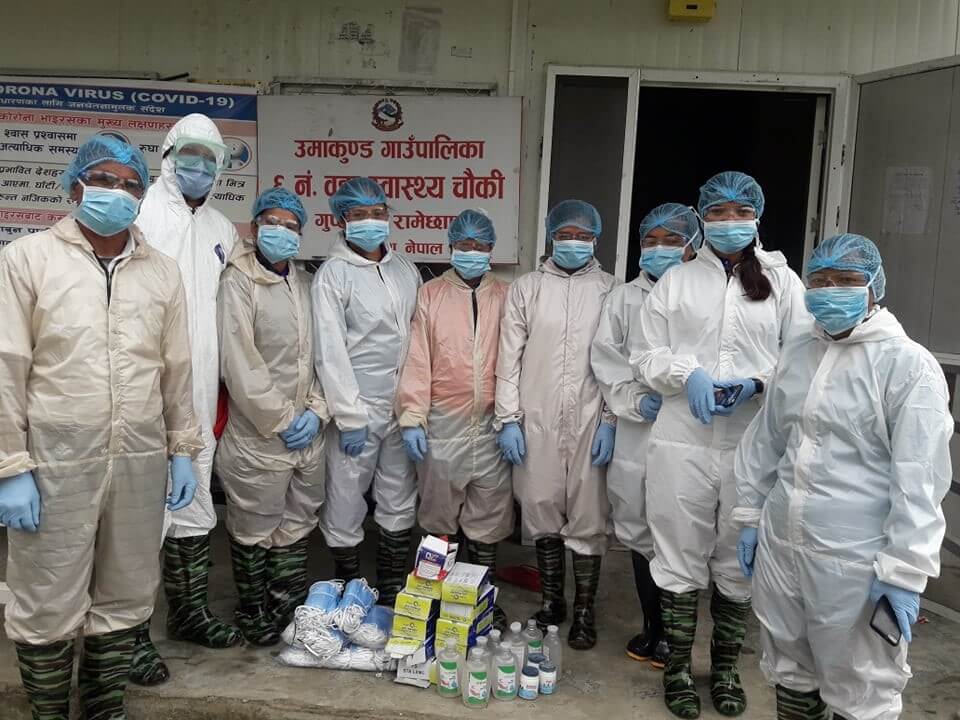 Our program are funded by the different agencies and an individuals.